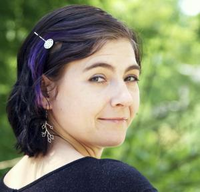 Jillian has a PhD in Astronomy from the University of Washington, and is currently an assistant professor at Queensborough Community College. Jillian studies the formation and evolution of massive black holes using cosmological hydrodynamic simulations. She is interested in ho w they form in the early universe, how they grow to become the behemoths we see today, and whether or not we can find them in dwarf galaxies. Jillian served in the U.S. Peace Corps and lived in The Gambia, West Africa, for two years, where she taught college physics and had many adventures. In her free time she enjoys knitting socks and playing roller derby. Jillian is also avidly predicting the signatures of merging black holes detectable by LISA. 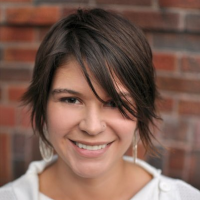 Alyson is an expert in both the formation of galaxies (especially dwarfs!) as well as astrophysical constraints on the dark matter model. She earned a B.A. in physics from Macalester College in 2000 and a Ph.D. in astronomy from the University of Washington in 2008. She was a Sherman Fairchild Postdoctoral Fellow at Caltech, and the Grainger Postdoctoral Fellow at the University of Wisconsin, Madison, before joining the faculty at Rutgers, the State University of New Jersey. Alyson was named a 2015 Alfred P. Sloan Research Fellow, and was the 2019 recipient of the American Physical Society's Maria Goeppert Mayer award. These days, she is using ChaNGa to create a statistical sample of dwarf galaxy simulations, at state-of-the-art resolution, to study all things dwarf galaxy. 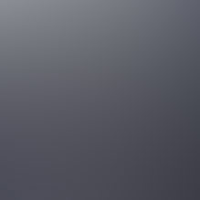 Charlotte Christensen's research has focused on the properties of feedback-driven galactic outflows and the connection between star formation and the molecular ISM. 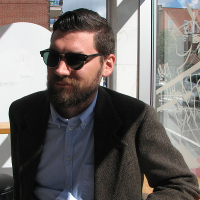 Ferah is an assistant professor at the University of Oklahoma working on studying the smallest and dimmest galaxies: from classical dwarf galaxies down into the ultrafaint and ultradiffuse regimes. These galaxies are at the lower limits of galaxy formation and can tell us a lot about the nature of dark matter, reionization and star formation. Ferah primarily works with zoom-in simulations like the DC Justice League and the Marvel-ous Dwarfs, but is also working with the Romulus volume and cluster.

Professor of Astronomy, University of Washington 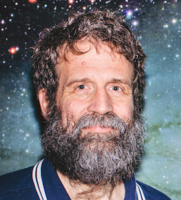 Tom has a wide range of research interests ranging in scale from granular dynamics out to the large scale structure of the Universe. The commonality in these interests is gravitational dynamics and particle based simulation of physical phenomena. 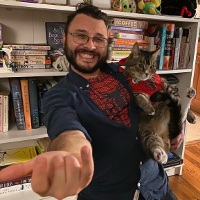 Michael's research focuses on the co-evolution of galaxies and supermassive black holes, studying in particular the dynamical evolution of SMBHs in merging galaxies, the connection between SMBH feedback and galaxy evolution, and the interaction between galaxies and SMBHs with their environment. As a graduate student, Michael led the design and execution of the Romulus Simulations which included the implementation of a novel model for SMBH formation, growth, feedback, and dynamics in cosmological simulations. In addition to research, Michael is passionate about public outreach and has been heavily involved in diversity efforts such as the Pre-Major in Astronomy Program at the University of Washington. Michael will transition to an NSF Postdoctoral Fellowship (also at Yale) in the Fall of 2020.